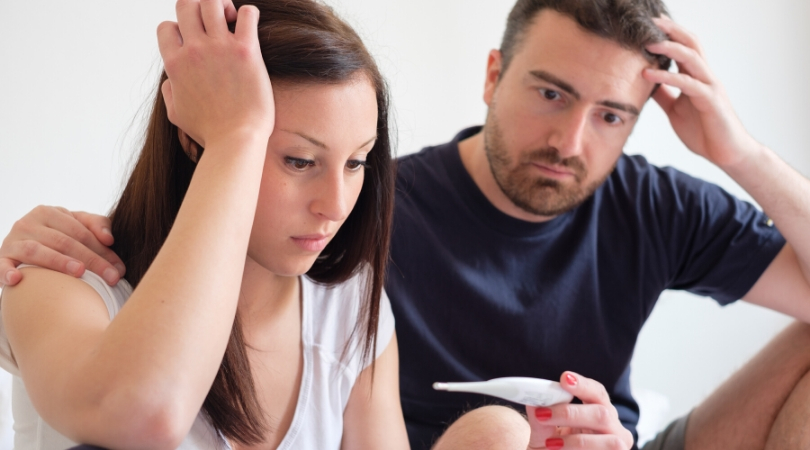 The “Am I Pregnant” Quiz For Dads

The latter is who we will be focusing on as the whole “are you pregnant” thing is more of a scare than happiness.

You start breathing hard, you are beyond nervous, and most especially, you will probably be in complete denial.

It happens and there’s really not much you can do about it.

If you are going to be a dad (present or not), you need to understand what to expect.

Of course, you should take full responsibility and be a part of the child’s life as it is your irresponsibleness that will be bringing them into this world.

But before we go thinking that far ahead, let’s make sure that you are in fact going to be a dad.

Sounds pretty scary now that I think about it but I have gone through it and so have many other reckless men out there.

Now, most of these questions will be towards the woman of course but you can and will see these symptoms as their partner.

This quiz is for men, so you women can take the quiz on Parents.com to help in your department.

For you fellas out there, this is really for you.

So how can you tell if your partner is pregnant?

These questions will help you figure that out.

1. How Irresponsible Were You?

For the most part, carelessness is the culprit when it comes to anyone getting pregnant.

Sex is so great that sometimes we forget that humans are actually created through the process.

In fact, that is what sex is for.

Now this world we live in has altered such a thing that we go about it in a way that leads to the types of relationships we see today.

Until this system of things ends, that is what we will have to deal with.

But back to the question of how irresponsible were you.

The answer to this will come in the form of one serious question.

Did you release the soldiers into the battlefield?

If not, then that’s the obvious reason why you are scared in the first place.

2. What Does Your Gut Tell You?

I don’t mean those rock-hard abs that will soon turn into daddy fat either.

I mean that feeling deep inside that is probably what brought the whole pregnancy issue to light.

Panic and doubt are typical but what are you feeling deeper?

If you’re not so sure, there’s still hope that she may or may not be pregnant.

I wouldn’t say trust your gut on this one but if you are feeling really confident that something might be baking in the oven, your gut might just be right.

3. Did You Use Protection?

These days, condoms are rarely spoken about and they are even more rarely used.

This of course leaves you open for STDs and an even bigger chance of getting pregnant.

Using protection also does not mean you are safe from anything either.

Condoms do break and can cause even more problems.

If that happens, it leaves you worrying even more and also won’t help much in helping you figure out if she is expecting or not.

Now if it didn’t break and you did use a condom, you might be in the clear.

4. Is Your Partner on Birth Control?

Birth control can be a tricky thing.

When she’s on it, it leaves you with some sense of relief but it can also cause lots of anxiety if you decide to play young and the reckless.

If she is on the pill, the patch, or whatever type of birth control there are these days, it can be “fun” at times.

What most people don’t truly understand is the whole 99.9% deal.

Just because she is on BC does not mean that she can’t get pregnant.

I’ve seen it happen many times and it should not come as a surprise to you.

If you left junior in because it feels great for everyone, then hey, you might just be expecting.

5. Does She Think She’s Pregnant?

Women know themselves best and will know if they are pregnant or not.

If she feels she’s pregnant, chances are extremely high that she actually is.

You might have a desperate one on your hands so do judge her personality on this one as sometimes they might be hoping that they’re pregnant.

Not if you’re both on the same page about not having kids, her panic level will tell you a lot.

This panic mode usually indicates that she very much thinks she’s pregnant.

6. Is She Experiencing Morning Sickness?

This is one of the best indicators that she might be pregnant.

Throwing up does not mean she is going through morning sickness either.

Maybe she went out with the girls the night before and she might have had a bit too much to drink.

The type of morning sickness is something that happens well, in the morning.

Not just one morning but pretty much every single morning.

This is not normal for most women, so if she is throwing up in the morning, you might as well prepare for a gender reveal.

7. Are Her Breasts Getting Tender? (AKA Bigger)

This might probably get you more aroused but it might also mean that baby “insert name here” will be arriving 9 months from now.

Enjoy the growth but if your partner is feeling a little tenderness in the twins, then the chances of her being prego have just gone up.

That’s not always the case but it is a very good indicator that her body is getting prepared to feed a baby.

Enjoy them if they are just perky but do worry if she is experiencing other things on this list.

And I don’t mean coming over to meet you at your parent’s place either.

I mean, did she whisper to you while you were on a date and say something to the tune of “I’m late”?

If you did, you either panicked or were super happy, depending on what result you are expecting.

Does she have an irregular cycle?

This is also one of the more obvious signs but sometimes it can just be a scare.

It’s happened to me and many other men, so don’t let this one scare you that much.

Irregular cycles happen when you’re having intercourse and it also happens when you’re on birth control.

Those are the two most common that I know of but there are definitely a lot more reasons as to why a woman is having an irregular period.

9. How Lazy is She Getting?

Laziness is laziness but getting sleepy and calling it a night earlier than usual is different.

If your girl is already lazy, you know that.

Now if she gets sleepy and even lazier, there might just be a problem.

As baby begins to grow, her body will start to lose all kinds of things.

The nutrients are being sucked to the baby, so guess what that leaves the soon-to-be mom with?

A very low level of energy.

Normal laziness is obvious but prego lazy is one that you will notice if she is pregnant.

10. Is She Craving Weird Things?

Gaining weight is normal for us older folks but not so much for you and your young girlfriend.

Now if she is gaining weight and you have experienced some of the other stuff in this post, this is where the probability of being pregnant goes up.

If your girl is craving pickles and ice cream, you can start slapping yourself because she might just be pregnant.

No normal person has these kinds of cravings but those with a human growing in them do.

So if you hear “I want pickles and tree bark”, good luck.

11. Does She Want to Smack You For No Reason?

Sounds stupid but it’s a thing.

Girls have some serious attitudes when they are pregnant and that’s “normal”.

That’s fine and all but there is a different kind of attitude that comes with someone who is pregnant.

This kind of attitude is something you can’t get irritated from.

It’s the kind that you just let happen.

What sucks, even more, is that you letting it happen sets you up for a real deal beatdown.

This attitude will have you flinching even if she tries to kiss you, which I don’t see happening either.

If your girl is pregnant, get a helmet and some body armor because you’re about to become your girl’s b****.

Conclusion: Be Careful, Next Time

I know there is no “next time” but there is a very high chance of creating baby #2.

So unless you aren’t in the market for a new human, you might want to wrap it up, ensure she’s on some type of BC, or do like what the image says and just wave.

For those of you trying to make one, keep at it and hope for the best.

If you are struggling to make a baby, you can ask your best friend for help or read this article from WEMD instead.

Whatever your goals are, I do wish you the best.

For you soon-to-be irresponsible fathers, do not worry.

Things are not as bad as you think they are.

Sure you might change a bit but I’m sure that immature little boy in you is just about ready to retire.

Man up, take responsibility and raise your child the way he/she deserves.

And if that was not your plan, better luck next time.

11 Ways to Become a Better Parent
Next Post: What to Expect When Expecting [For Dads]