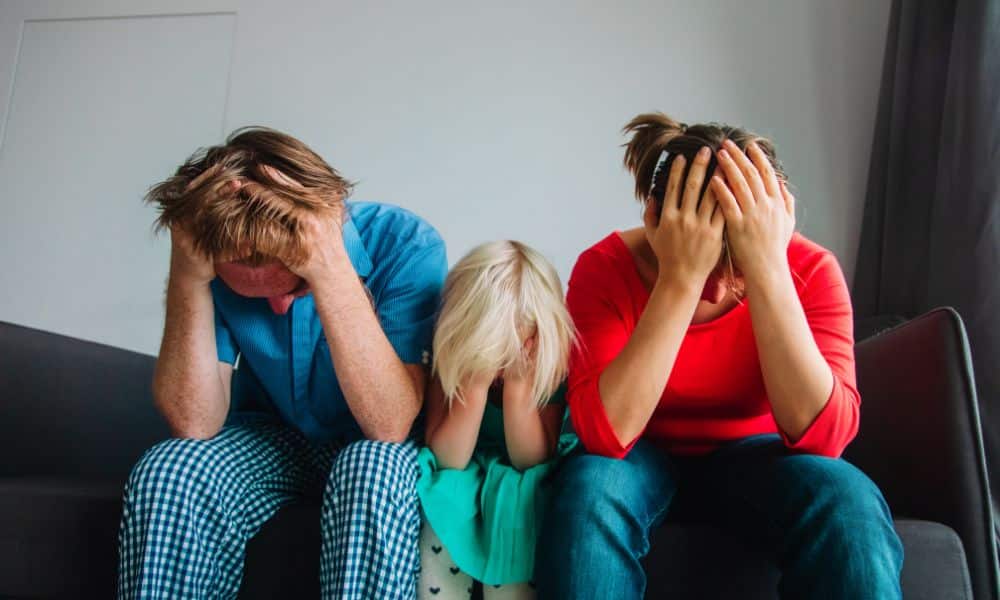 Are Dads Better Than Moms? These 3 Reasons Explain Why

Are dads better than moms?

It’s one question that most will never really understand, and that’s okay.

I’m a dad, but I’m never one to be biased when it comes to matters that don’t come with any concrete answers.

I have four children, and I don’t favor one over the other when it comes to being fair.

Everyone and their mothers will say it’s not possible, and that’s fine too.

Yes, some might get a little more discipline and/or attention than others, but that’s because they need it.

Some might not get into trouble as another kid, but that’s just how it is.

It’s one of those things that doesn’t have a real, legit answer, and that goes with what we are going to talk about today.

Are Dads Better Than Moms?

The short answer. Of course not.

The more extended and quite complicated answer. It depends, and they should be.

According to a recent study by UCR, psychologists show that men (dads) experience more well-being from parenthood than mothers.

As a dad and father of four, that question never crossed my mind until someone asked me.

I initially thought that babies naturally draw closer to their mothers as they have lived in their mom’s bodies, and mom comes with the essentials to survive.

So, one would think that moms are better than dads until you break things down a bit more.

Let’s dive a little deeper into who really wins the battle.

Are dads really better than moms?

What makes one parent better than the other?

These are certain things you can look into, so you can be the judge on whether dads are better than moms.

There are many things that come with being a parent, and one of the more common jobs/problems comes with parenting.

You can strive to be a better dad or mom, but does that mean you are the better parent?

Parenting requires a lot of natural want and need to do those parental things.

Do remember that a child’s affection does not mean that dads are better than moms or vice versa.

Kids will favor the nice parents but will feel more love from the parent who looks out for their well-being.

Parenting in this modern world is definitely a challenge.

Parenting is already hard in itself, and you want to throw in the internet and YouTube to make things worse?

Pay attention to your children and what they do more often, and I can guarantee that you will be a better parent.

One quality a good parent possesses is being responsible.

This consists of doing a very basic job of getting things done.

Are you punctual, or are you that person that everyone knows will be late?

That is a good gauge of how responsible you are and will really show how good of a parent you are.

Remember who is watching every time you decide to be late for everything.

Waking up before your children do is definitely a good indicator of how responsible you are.

If your kids see such behavior, you can bet that they will see how responsible you are as a parent.

How Involved Are You?

Do you show up to your child’s parent-teacher conferences?

Do you participate in PTO?

If you do, that’s great but has little emphasis on how good you are as a parent.

What makes a better parent is whether or not you pay attention to them at home.

Do you throw them their iPad or tablet while you sit around and watch golf all day?

Do you make them a hot pocket so you can go back to figuring out if a purse is actually a cake?

Being a better parent starts by paying attention to your children at home.

It doesn’t require you to impress other parents and teachers by attending every event on the school calendar.

Focus on your children and forget about trying to impress everyone and their mothers (literally), and you will win the race of being the better parent.

Do You Set the Example?

How you act is a big part of being “better” for yourself and your children.

Showing your kids is a million times better than telling them what you want them to do.

Can you really tell your kid not to do something if you’re doing it?

Can you tell them not to smoke, and then you’re smoking?

Telling them not to do what you do is not okay and being a hypocrite is not the best way to teach your children or anyone for that matter.

Don’t go saying bad words and complain when your kids start saying them too.

Don’t tell them to clean their room, and yours is like a pig pen.

Showing your kids the best example of what to do is the best way to show that you are the better parent.

Conclusion – No One is Better Than the Other

Overall, there is no real way of telling if dads are better than moms.

You can read statistics all day, but that doesn’t mean it applies to every parent out there.

I don’t think there should be an argument but rather a goal for improving things you need to work on.

As a parent, focusing on who is better is the last thing you should be worrying about.

Focus on your children and you will definitely be better than 99% of parents out there.

Now, you tell me, are dads better than moms?

Vacuum Cleaner Buying Guide: Get the Best For Your Home
Next Post:21 Ways to Be a Smarter Shopper and Save More Money