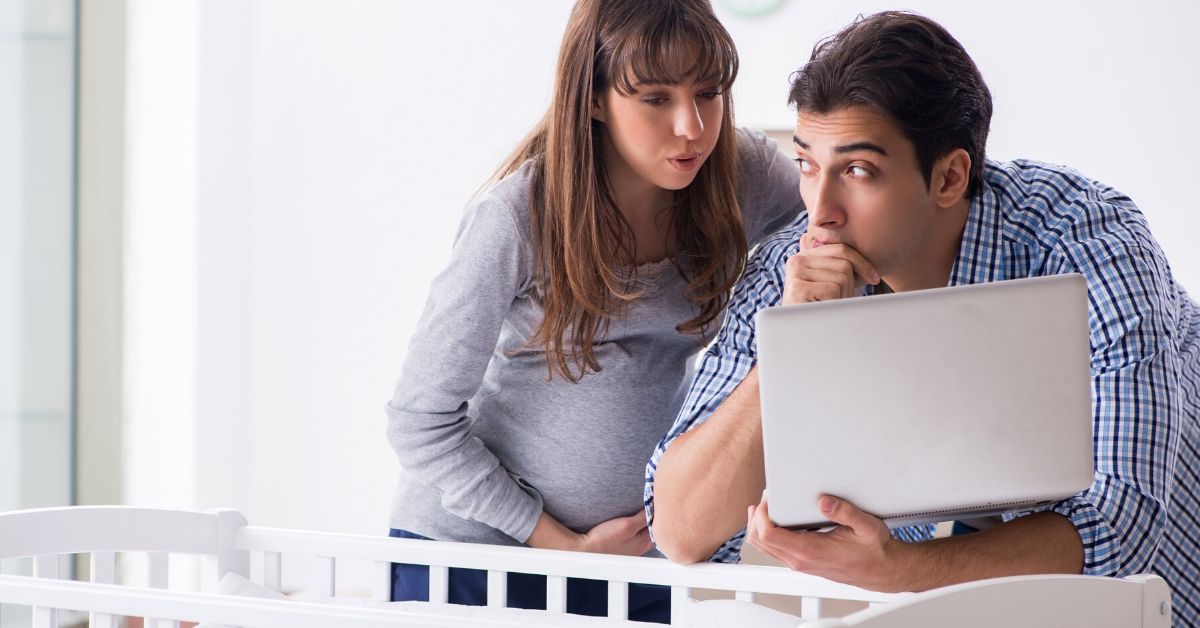 How to Pick a Baby Name Without Regretting it

Most people pick their baby’s name and regret it.

At least for the first couple of months before actually seeing that the name does fit their child.

Now is that really the case or could any name really fit your baby?

I think any name can and will work, which is why you should always pick the one you are satisfied with.

The biggest reason anyone would regret anything is because of the fact that everyone and their mothers have named their kid the same name as yours.

However, there is a better way to pick your baby’s name so that you don’t run into ten million other babies with the same dang name.

It happens all the time and you won’t even notice until you’re in your son’s kindergarten class with 4 other kids sharing the same name.

So if you’re an expecting parent and you have no experience with picking baby names, let this post guide you in the right direction.

I personally have not made this mistake but I know that many have.

So before you go picking your baby’s name (boy or girl), let me show you what you can avoid or do to get a better name for your baby.

Before you go making any mistakes, let me show you what you should not do.

This is the biggest mistake you could possibly make when picking your baby’s name.

For one, I don’t ever think you should idolize anyone with the mere fact that we are all human beings.

Two, the names they choose will most likely have something to do with their personal life.

If you are into the whole pop culture you probably considered the names North or even Chicago.

Don’t go with someone’s story but rather create your own.

I mean, if someone even knew you named your kid Chicago, they would know that you definitely keep up with the Kardashians.

And that would be really lame if you ask me.

Rather than trying to live through another human being, why not be yourself and come up with something that no one has ever used.

Instead of looking for names that are played out, do some real thinking and see what you can come up with.

Try thinking about what you’ve done in your life or where you’ve gone.

Not where other people have gone.

Check out this list of unique baby names and you will see just how many there are out there.

Be unique or copy Kim Kardashian?

I think you get the picture.

Most parents go with what is even in the first search of Google.

All you are doing is being a part of the millions of babies who will have the same name.

Imagine what that would look like 5 years from now when you are at your child’s school.

Yeah, it would actually be pretty irritating.

I remember when I considered the name Aden but somehow ended up going with Landen, the not-so-popular name.

That was the best decision I have ever made as all the kids Landen’s age are now named Aden.

Maybe with a different spelling but they all use the same pronunciation.

You don’t want to be one of those parents, so do yourself a favor and stop being a part of this world.

What is not hot right now can and will most likely be in a few years from now.

How much better would it be to have the first baby with a name that no one has ever heard of or used?

That was kind of the case with my baby girl Acacia but I’m sure there are going to be a lot more acacia trees to follow.

Just understand that we operate on the ideas of fads and trends.

What doesn’t look so appealing right now will probably change 5-10 years down the road.

These so-called boring names you see now will probably be the next trend after all these copycat names are overused.

Don’t Name Them After Someone You Don’t Know

Gertrude is the name of my mom’s grandpa’s uncle’s mom who flew kites for a living.

I want to keep the name in the family so I’m going to name my child after that person.

That person who has probably already passed does not care and will not care about you or your baby’s name.

The only reason you would even do such a thing is because of other people and not for you and your family.

Think about things before you take the advice from a cousin who probably knew and had a relationship with the aunt or uncle you never even met.

Do Name Them After People in Your Life

My dad and mom don’t have the best of names but they were considered when we named our kids.

They ended up becoming a middle name and for a great reason at that.

When you have your own family, you will leave a legacy of your own.

Your parents have lived and left theirs and that’s great.

Remember that but do not try to continue anything.

If and when I pass, I want my kids to remember me but I also want them to create a life and legacy for themselves.

What we ended up doing as far as names are concerned is we used our parents’ names as middle names instead.

Landen Greg has a ring to it and it still has some part of their grandparents in them.

Don’t Choose a Name Because of Guilt

There are people around you that will always have to leave their two cents.

Name your child this because so and so said it would be great because of so and so.

Listen to what they say but do not go with it because they made you feel bad.

The same person giving you that recommendation probably has no kids and would most likely choose something different.

Whatever name you choose, that person making the weird suggestions won’t even care after the whole conversation.

Do Pick What You Want

I can not stress about how this soon-to-be human is YOUR baby.

Not your mom’s and not your best friend’s either.

You are the parent and you need to make that final decision.

Get all the ideas you can get, read all the books, but do not settle on something for someone else’s sake.

Most friends come and go in your life and that’s just how it is.

Especially if you have kids and they don’t.

I know some of you think you and your BFF are inseparable but just wait until the baby comes.

You’ll see how babies change EVERYTHING.

So many people make this same mistake and it usually happens to much younger parents.

They come up with some names because that just so happens to be something they were interested in at the time.

Fast forward 10 years and everyone is wondering where in the world that name came from.

“Oh, it was the name of my favorite fishing line when I used to go fishing”.

That will raise some eyebrows and I’m sure your kid would not appreciate their name coming from some brand of something.

Just like I mentioned earlier, things change, people change, and babies will always be a huge part of why any changes ever occur.

Do Put Some Serious Thought

This is your baby’s name and ultimately will be the name that people will call them.

THEY will have to deal with it in school, at work, and everywhere else they decide to go in life.

I know this is your baby but please consider the fact that they will too have a life of their own.

Names are not the easiest to come up with for new babies but at least try to put some thought into things and definitely consider the stuff on this list.

I can not stand it when grandma and grandpa try to give their two cents.

Listen to your parents, consider what they recommend, but do not do it because they told you to do it.

Pick a name that YOU are happy with and that your other half is happy with.

YOU are the parents and YOU both are going to be around that child for a really long time.

Unless you are just one of those irresponsible parents that will have grandma and grandpa watching your kids, then YOU should be the one to name your child.

Be a better parent than most though and please be a part of that baby’s life.

Raise them properly, set great examples, and most especially, show them the love that most kids lack.

I have so many baby name examples but I’m sure you do too.

Please share your kids’ names or some that you have considered.