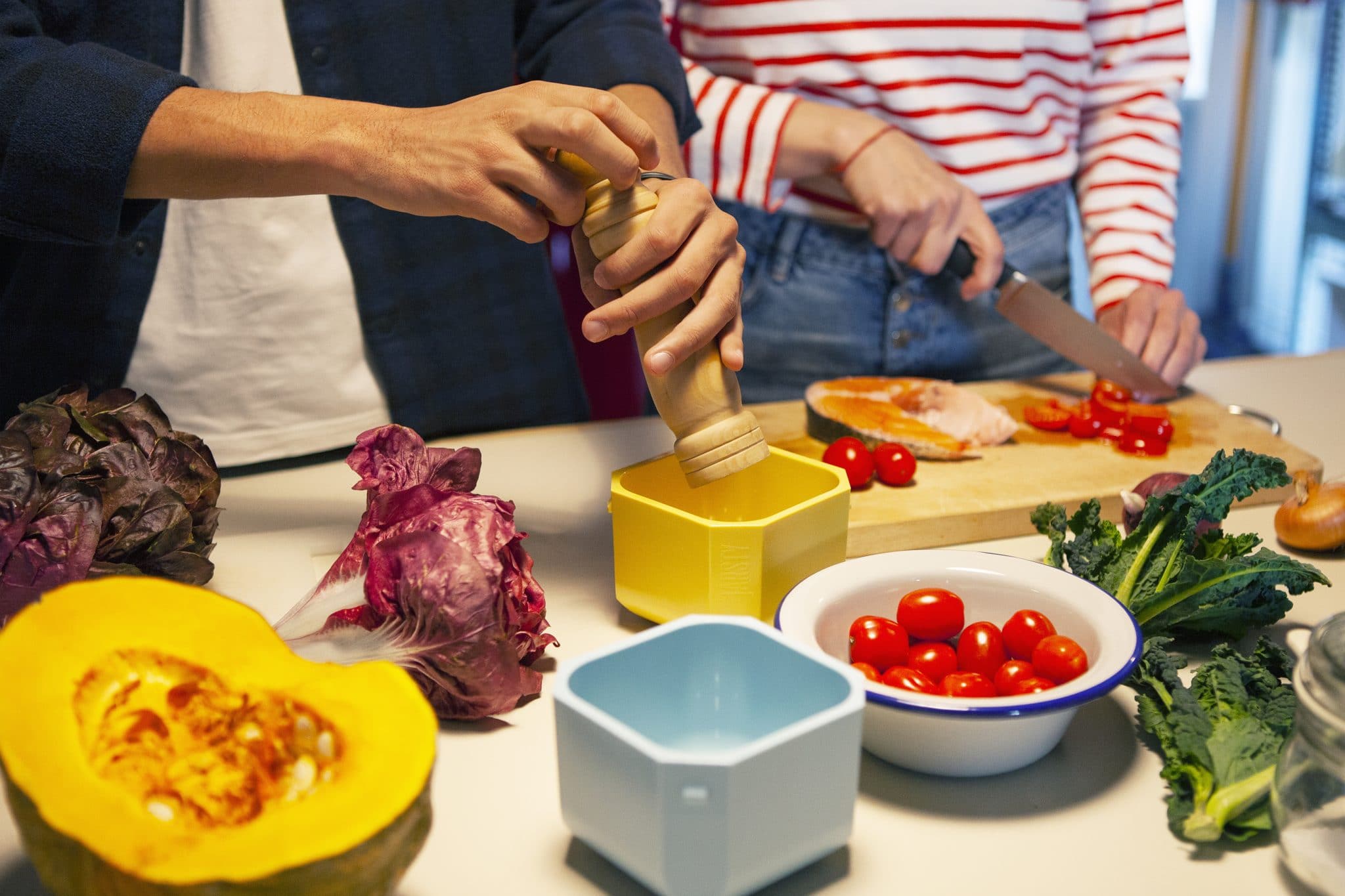 This Jarsty review is going to show you why I think this is the perfect meal prep system for those who, well, prepare meals.

Whether it be for work, school, or, like most, the gym, there’s always that need to have a meal.

These days, that meal is what they call a meal prep.

They usually come in some kind of plastic container, which some of you might already have.

If you’re familiar with “Tupperware” some of you might be showing your age.

But, today we want to talk about Jarsty and whether it’s really something you should invest in.

I like the idea and so do many others, but let’s see what you can expect within this Jarsty review.

Jarsty is one of the better products on Kickstarter and it has already passed its goal of $10k. I like the idea of Jarsty, I like the way it looks, and that is why I am backing Jarsty. If you want the best food prepping system, Jarsty is it!

Why Should You Invest in Jarsty?

There are many reasons why I decided to invest in Jarsty and why I think you should too.

I’m a huge fan of Kickstarter products and I’m an even bigger fan of supporting other businesses.

Jarsty is one of those businesses and I’m very much intrigued by what this product can do.

Coming out of Italy, creator, Luka felt the need to create something for those on the go that aren’t into eating Hot Pockets and other unhealthy microwavable foods.

I’m no health nut, but I do have a dad bod that I need to get rid of.

I’m not trying to prep food like I’m some kind of gym rat either, but I am interested in Jarsty and what it can do.

Things You Should Know Before Buying Jarsty

Like any other product out there though, you want to know why you should spend that hard-earned money of yours.

Just because it’s affordable does not mean you should go buying anything and everything.

Unless, of course, you’re one of many that do more spending, rather than making money.

Regardless of what kind of spender you are, here are some things you should know before you buy something like Jarsty.

In case you don’t know this, Jarsty is one of a kind.

Not by the way it looks (even if it is), but because of what it can do.

There are products like the Duo Cover that steams and crisps food, but not to the extent of what Jarsty can do.

Why get a regular food prepping container, when you can get one that cooks?

That’s what you get with Jarsty and with its price, you can’t go wrong.

A lot of our buying decisions rely on pricing, especially when we’re trying to save more money each and every month.

With Jarsty, you don’t need to think too much about the cost.

It’s affordable and requires less than $50 for two Jarstys.

It’s also worth noting that Jarsty only ships to certain countries.

This list includes the US, Canada, the UK, and over twenty other countries.

3. Jarsty is a Kickstarter Project

Many are looking for Jarsty reviews on people who actually used it, and that’s fine because some people actually have.

What you need to understand is that Jarsty is a crowdfunding type of project.

That means this is an idea that someone has come up with and they need the help of “backers” to fund their project.

Once the project reaches its monetary goal, production will start, and then you will get your Jarsty.

From the time of writing this Jarsty review, production has already started.

You can get yours sooner than expected.

I know I mentioned this a little earlier in this Jarsty review, but I wanted to emphasize what is really happening.

I mean, it takes raw food and turns it into something you can eat.

And no, I’m not talking about veggies and food that can be eaten raw.

If you can have something cook chicken for you in a microwave, I’m all about it.

Throw everything in a box and voila!

When you deal with food and things that aren’t so normal, you can only think that chemicals are involved.

With Jarsty, it’s just a plastic box with pastel-type colors.

The process is also really simple.

You put Jarsty in the microwave for 6 seconds, pull it out and close the valve, and wait 15-20 minutes.

You have a meal ready in under 20 minutes, ready for you to take wherever you please.

Of course, you can store it and have it ready for the next day, which is probably what I will be doing.

I’m not exactly sure how long Jarsty can actually store food, but according to its owner, it can store it for up to 15 days, depending on the type of food.

That sounds great and all but even if it is stored for just 10 days, I would be happy.

Food does not last long no matter what you do with it unless you vacuum seal it and throw it in the freezer.

Food usually doesn’t last long, but with the technology and science behind Jarsty, that has changed.

The biggest question I had when deciding if I should purchase Jarsty, was “what in the world would I cook in that thing?”.

I don’t know what I could possibly think of, besides a soup, rice, and maybe some kind of stew.

I’m no chef and I already have a hard time deciding what I’m going to put in a pot, let alone a small cube.

Thankfully so, Luca decided to throw in some recipes, along with the Jarsty app.

We live in a world of “there’s an app for that”, so it’s great to see that Jarsty has one too.

How does Japanese Chicken Teriyaki sound?

That’s one of the recipes you can find in the Jarsty app, and one of the other reasons why I think this is an excellent investment.

Okay, I’m not the biggest fan of just anything.

Food storage containers come and go, as it’s all about what’s “in” that decides on their life span.

Once again, Jarsty comes into our lives with style.

There are different colors to choose from and is definitely one cube that others will be asking about.

Now, imagine showing up to work with a different color?

You can finally live your dream of being the cool kid in school, only this time, it’s at work.

9. Jarsty is Made in Italy

Sure, things made in the US of A are great, but lots of other products come from other countries.

And now, when I think of Jarsty, pasta is the first food that comes to mind.

I haven’t tried it yet, but I see a nice pasta dish coming out of the Jarsty recipe book.

When it comes to food storage containers, they’re usually disposable, but you clean them up and reuse them like they’re not.

Jarsty on the other hand is meant to last a really long time.

Not only will it last, but it’s also designed to be “unbreakable”.

There aren’t many indestructible things in life and if Jarsty is one of them, then kudos to Luka and his company.

The Price and Where to Buy Jarsty

As mentioned earlier, Jarsty is a crowdfunded product.

It can only be purchased on Kickstarter right now, and will probably be available elsewhere, depending on its popularity.

If you would like to purchase Jarsty, it only comes in packs of at least two

You can go to the official Kickstarter site if you want to purchase Jarsty.

I’m investing my $47 into the company and we shall see where things go.

I hope this Jarsty review has helped you gain a better understanding of what Jarsty has to offer.

If you have any questions, feel free to leave them in the comments section below.

If you have any experience with Jarsty, please do share that as well.

Until then, what have you seen out there that is comparable to Jarsty?

5 Legit Reasons Why Dads Are So Weird
Next Post:Fur Daddy Review: Does This Pet Hair Remover Work?