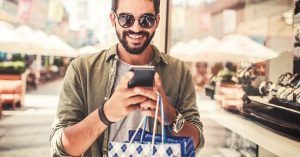 7 Obvious Signs You Are Ready to Be a Father

Being a father is not something you can do well, without having any kids.

However, just like mom, there are several indicators that can show you that a man is actually ready to become a father.

No, they don’t get a baby bump and no they don’t start throwing up in the morning.

Things are quite different in the dad category and sometimes they go unnoticed and are not cared about by most.

I notice them but this didn’t happen until after the fact.

This happened after the birth of my last and only princess of the family.

For those of you expecting fathers, this might help you kind of see the future and probably shape you into the dad you ought to be.

Some of you might be naturals but others will always require work.

That’s just how it is and neither is it a good thing nor is it a bad thing.

It’s just a thing and one of the many ways for us to discuss such a thing as parents.

Exactly how we find out we’re pregnant is the same way we will find out if we are ready to be a dad.

Don’t be nervous as this is just my personal opinion and comes completely from my personal experience.

So how do you know when you’re ready to be a dad?

These examples will help you see exactly how you can tell.

Contents show
1. Your Attitude Changes
2. Bad Habits Disappear
3. You Aren’t Easily Influenced
4. You Get Soft
5. Other Kids Get Your Attention
6. You Aren’t Worried About Unprotected Sex
7. You Stop Shopping Like a Woman
So Are You Really Ready to Be a Dad?

As a young reckless and irresponsible adult, my attitude stunk.

It was so bad that I even made a disgusted face typing that out.

Looking back, I did a lot of things the wrong way.

There are probably a lot more but I’m going to use those that crossed my mind without any thinking.

The thing about these stupid problems I had was that I was able to get rid of them.

My kids started to become my main focus and all the stuff I mentioned slowly went out the door.

Having a kid didn’t show me that I was ready to become a father, it was having them and being involved that did.

For some of you dads or soon-to-be dads, this might just be the same indication.

Conforming to today’s society is probably the easiest thing to do in life.

Buying this and doing that could not be any easier thanks to the people around us and the ideas that we get from the media.

Yup, those exact things are what make us who we are today and it is also responsible for us being irresponsible.

This leads to smoking, heavy drinking, and lacking sleep.

This then leads to that groggy feeling and unreliableness from everyone else.

That’s how it went for me until my body told me that it was time to become a real father.

Thankfully so, this happened the same exact day that my first son was born.

I quit smoking (cold turkey) and the drinking got chopped down in half.

These days I drink a lot less and it just so happens to come with the territory of being a father.

Before I had any kids, I was a huge part of the problem world we live in.

We live to impress each other and we don’t even know it.

You’re so in tune with the world that you can’t even live for yourself.

All that will change when you’re ready to become a father.

You will have a huge focus on your kids that you want nothing but the best for them.

What you once thought was cool is now lame and won’t get your attention.

Maybe a nice man-bag or something but not the typical clothes and fancy cars that you once talked about.

What your friends thought was what you thought.

You’ll know you’re ready to be a dad if you actually thought for yourself for once rather than agreeing with them just to “be cool”.

This one absolutely sucks but it happens.

That once tough guy (or thinking you’re tough) person slowly steps back from the normal ways of life.

If you once used to confront others for the littlest things but not so much these days, it might just be another sign that you are ready to be a father.

Road rage is pretty normal to anyone, right?

Not to the man who is looking out for the wellbeing of the humans he created.

“Go ahead and go sir” is what you’ll be doing rather than chasing down that car that cut you off.

Saying no to a fight becomes easier and watching Peppa Pig becomes normal.

If it hasn’t happened to you yet, then hey, you might just not be ready.

5. Other Kids Get Your Attention

For those of you who don’t have a kid, there should be no reason that other kids get your attention.

No, no no, this is that actual desire to look and understand that kids are actually interesting.

They see you and understand what it is that you are doing.

As a single, childless person, I could not care less about other kids.

I’m not the fake kind of dude that pretends he wants to carry someone else’s kid nor will I make any compliments about a kid.

Kids were kids and I had no interest in them whatsoever.

Once I found out we’re expecting, that’s when I found an interest in other little humans.

The same may or may not happen to you but this is just another great indicator that you are dad material.

6. You Aren’t Worried About Unprotected Sex

As a youngin, unprotected sex is a thing.

People do it without a care in the world until they catch something or they find out that they have just put a bun in the oven.

That my friend is no sign that you are ready to be a father and is actually the opposite.

Now if you are in a serious relationship things can be different.

At one point you may be scared out of your ass to find out that you are having a baby.

You do the extra steps necessary to prevent getting pregnant.

Birth control, pulling out, and heck, sometimes you’ll even use a Jimmy.

Once you stop worrying so much, that’s when you might just be ready.

And when you do have one and you start to see the responsibility that comes with the territory, you might even become more careful.

Heck, you might not even want to have sex.

This is the absolute best way to tell if you are ready to become a parent.

The thing about this so-called sign is that it didn’t happen before or even after I had kids.

It actually happened not too long ago.

I went from buying all the hottest trends and walking around like the idiot I was, thinking I was cool.

Well, I was cool but my focus was obviously on myself.

Once I found out I was becoming a dad, all that changed.

Being in style goes and in comes the “are you seriously wearing that shirt again” questions.

Not only are you focusing less on yourself but you actually save hundreds and thousands of dollars.

That’s just how it is unless you’re still immature and focused on yourself.

Not to say that I’m against a healthy lifestyle or being in shape, but this goes for you gym rats as well.

So Are You Really Ready to Be a Dad?

That’s one very tough question to answer but with these signs, I hope you are able to see the bigger picture.

Some of you may be expecting and aren’t even close to being ready and that’s fine.

Sometimes it takes a little time but just don’t make it take until you have grandkids to be ready.

I’m sure there are many other signs but I think these are the most obvious.

You probably have a personal experience that might have shown you why you’re ready to become a father, so please do share in the comments section below.

I think shopping like a woman is the absolute best way to tell if you’re ready or not, but that’s just me.

What to Expect When Expecting [For Dads]
Next Post:7 Practical Steps on How to Change a Diaper